Gamcel, the national GSM operator, yesterday presented passports, air tickets, US$1,000 as pocket money and briefcases to ten lucky winners of its annual hajj package to perform the fifth pillar of Islam this year.

The winners who are expected to leave Banjul today for Saudi Arabia are to be accompanied by Momodou Lamin Jatta, Gamcel’s roaming and interconnection manager, and Ndey Sainabou Jeng, the company’s chief promoter, as guides.

Speaking at the presentation ceremony held at Gamcel’s head office in Kanifing, Elizabeth Mendy-Johnson, general manager Gamcel, said this was meant to ensure their customers fulfill the fifth pillar of Islam, and described the day as a day to thank the Almighty Allah.

She added that anything Gamcel is engaged in is for the advancement of Gambians.

Ramou Nyass, Gamcel’s deputy general manager, described the gathering as a tradition, adding that what the company is doing is because of good leadership.

Ndey Sainabou Jeng, Gamcel’s chief promoter, said the company has been involved in the education, health, and agriculture sectors, among other areas of national development.

Awa Jobateh, senior sales manager, said they are thinking of how to increase the number of people they send to Mecca annually.

Momodou Lamin Jatta said Gamcel is the only GSM operator in the country taking customers to Mecca this year.

Lamin Fofana, Gamcel’s product development manager, described the day as yet another milestone in the history of the company. 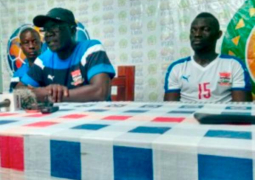 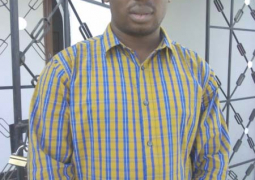