The Gambia Cellular Company Gamcel, on Friday, held its fourth raffle as part of the company's Ramadam promotion.

Speaking at the draw, held at their head office in Kanifing, Mrs. Ramou Nyass Hydara, Gamcel Customer Care Manager, said that the campaign is meant to reward their customers and to say 'Thank You' to them.

The Ramadan promotion, she revealed, is part of a bigger promotion for the year, in which they are offering Hajj Tickets, TV sets, generators, scholarships and brand new cars.

According to her, the prizes will be presented to the winners on . She further revealed that on that very day they will conduct the raffle draw for fourth car known as YAAY BOROM four. This particular car, she added, will be presented in grand style featuring the country's Kora tycoon Jaliba Kujateh on .

Like the previous draws, hundreds of lucky numbers were selected in a transparent draw with the aid of a computer, bringing the number of winners to 400 and also marking the end of the Ramadan promotion.

Last Friday's draw was witnessed by Mr. Muhamed Saloum, a Murutanian national, the only foreigner who won the Hajj ticket. He thanked Gamcel for enabling him to perform his religious obligation.

His presence, for Mrs. Ramou Nyass, is a clear indication at Gamcel promise they always deliver.

She encouraged people to continue loading the various denominations of the Gamcel scratch cards, as there are more things to grab from the national GSM operator. 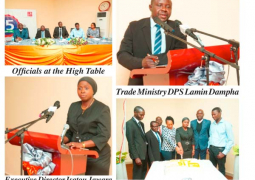 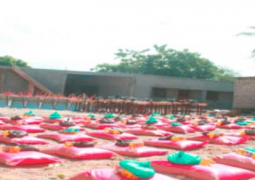