The Gambia Cellular Company (Gamcel) last Thursday , made a handsome donation to the students of the following a courtesy call paid on the management of the company by the students. The donated items, which include lab coats valued at D56, 000 and some sporting materials such as footballs and jerseys were presented to the students at a colourful ceremony held at Gamcel Head Office in Kanifing.

Speaking at the Presentation ceremony, the Senior Manager, Marketing and Sales of Gamcel, Mr. Kebba Bojang, said Gamcel is an action oriented company that supports education, health, agriculture among other areas all geared towards the development of the nation. For him, Gamcel will do all that it can to complement Government's efforts in nation building. He said the services Gamcel renders to the nation will continue for the betterment of all citizenry of the . He therefore urged all Gambians to patronise Gamcel, noting that it belongs to The Gambia.

For her part, the Manager Customer Care, Mrs Ramou Nyass-Hydara, also underscored her company's resolve to always share its profit with customers. She said Gamcel supports the and will continue to support it in many areas. She said patronising Gamcel means patronising your nation and because Gamcel belongs to the nation. She finally urged the UTG to put the donated items into good use.

Also speaking earlier, Peter Mendy, the UTG Student leader, noted that this is not the first or second time Gamcel extended such a donation to the UTG.  He added that the donated items especially the Lab coats will go a long way to help them in the protection of environmental fluid contamination and other contagious diseases in their clinical operations.

According to him, it will also serve not only as protective gears but also serve them as uniforms in their labs. He commended Gamcel for their kind gesture and promised them that the items will be put into good use. 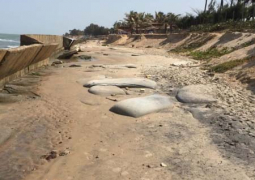 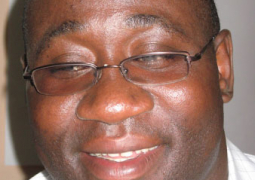