Hundreds of needy Gambians who converged at the office of the Vision Development Foundation, VDF, on a daily basis to collect their fast-breaking meal, have expressed gratitude and appreciation to the foundation’s Chief Executive Officer, Modou Turo Darboe, for his benevolent gesture since the start of the holy month of Ramadan.

Many beneficiaries said needy Gambians need more of Turo Darboe, who has been helping the poor and the needy since the beginning of the holy month of Ramadan.

Some of the beneficiaries who spoke to this reporter described Mr Darboe as a humanitarian, saying the Almighty Allah would reward him for his benevolent gesture in helping both Muslims and non-Muslims during the month of Ramadan.

Speaking to this reporter, one Hawa Gassama, a beneficiary, said Gambians, especially the underprivileged, are very proud of Turo Darboe, as he has been of immense help to them over the years.

“It is only the Almighty Allah that would reward him for this benevolent gestures,” she said, adding that before Ramadan started she was thinking of how to feed her family of four children during the holy month, as she was jobless and their father has passed away.

She thanked Turo Darboe for the kind gesture because, according to her, every day she would receive some meals for fast-breaking, including bread, oil, sugar, rice and money.

According to her, if Gambia should have many people like Turo Darboe, the suffering of most of the vulnerable people would ease.

She appealed to Gambian business tycoons to emulate Turo Darboe’s kind gesture, especially during the holy month of Ramadan.

Another beneficiary, Combeh Gaye, said since the commencement of the month of Ramadan, every day she would receive some gifts from Mr Darboe to sustain the feeding of her family.

She said the intervention by Turo Darboe in providing foodstuffs and other goods to Muslims during the month of Ramadan is a big relief on her, without which she would have found it very difficult to maintain her daily survival.

One Kaddy Marong also spoke at length about the difficulty she faces in the month of Ramadan in getting food to sustain her family.

She said the daily intervention by Mr Darboe in providing Ramadan gifts is a welcome move as “the Almighty Allah appreciates it”.

She said Ramadan is a month of sharing and caring, which means the rich should help the most vulnerable ones to have their daily meal.

One Lamarana Jallow, also a beneficiary of the daily Ramadan gifts, expressed her total appreciation about the gifts she has been receiving from Turo Darboe.

She noted that without the daily intervention by Turo, she would have suffered a lot in terms of feeding her family, as she is not working and has some family dependents. 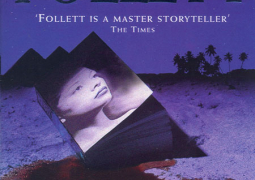 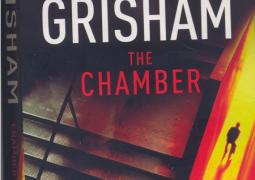