The director of planning at the Ministry of Youths and Sports, Musa Mbye, has said that Gambian youths do not have cause to leave the shores of the country in the quest for ‘greener pastures’ in the West “because the government has created enough training and job opportunities for them here...”

Speaking hard on the heels of recent reports of mass illegal migration of Africans, including many Gambians, to Italy and Spain, Mr Mbye explained: “There is no genuine cause or reason for Gambian youths to go through the back way to Europe or America to look for jobs.

In my view and as far as I know there is a lot of opportunities here for them to train and acquire jobs.

The government started the National Youth Service Scheme in 1996 to help young people to acquire skills for employability.

They are provided with the opportunity to learn all types of skills available in the country.

The government pays their tuition fee for two years after which they are given enterprise support in the form of loans. We do not only stop there but provide entrepreneurship advice and monitoring to recover the loans.

“There is also the National Enterprise Development Initiative (NEDI), the act for which was passed by the National Assembly, and happily consented to by President Jammeh.

We have the President’s International Award Scheme and National Youth Council which coordinates youth activities and awareness creation of opportunities for youths. We have also created regional youth farms to create employment in the agricultural sector.

They have been supported with tractors and fertiliser by the president because he cares about the welfare of youths. In fact, the government buys the produce from these farms to provide market for them. We also have other partners like LHDP and WAPP which give support to young people.”

Put to him that the PIAS and NEDI have been riddled with administrative malfeasance which might suggest they are not effectively working to allay the anxieties of the young and growing, given NEDI’s report had attracted criticism from Public Accounts Committee/Public Enterprise Committee of the National Assembly recently, he said: “I am not aware of that.

There may be challenges that we all learn from to improve upon delivery.

I know there has been the case of low loan recovery rate, capacity gaps and low staff strength. But efforts are being made to fix these gaps that will enhance their work in order to help the young people of this country.”

The Government has done alot in the The process of developing youthsas the UN SDGsRio 2012 Summit, highlighted a number of areas that were identified:

5. Sustainable cities Management of the oceans, fisheries and other marine resources 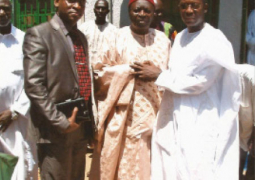