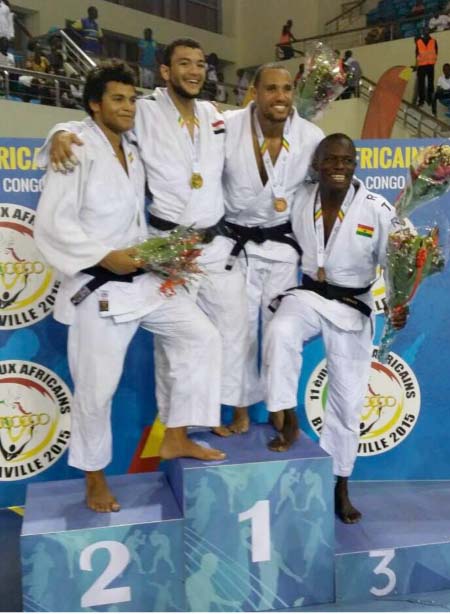 Faye Alex Njie, a Finland-based Gambian, on 13 September 2015 became the first Gambian judo fighter to win a silver medal in the history of the All Africa Games (AAG).

The son of Ebrima Njie of NjabaKunda of the North Bank Region, Alex did not think twice before choosing to wear the Gambian flag, despite a lot pressure from other countries.

The 21-year-old, who fought in the 73 kg category without a coach on the sidelines, opened his AAG 2015 account with a win over the Congolese champion within three minutes of the maximum five minutes.

The son of a former black belt holder in karate proceeded to the second round, defeating his Ivorian opponent.

In the quarterfinals, Alex squared up against a UK-based Ghanaian champion and defeated him in acrobatic style in two seconds to the amazement of all spectators.

The Finland-based Gambian then proceeded to the semifinals where he defeated the Mozambique champion.

In the finals of the competition held at the newly-built Talangai Indoor Sports Complex, the young Gambian hero, who had become the darling of the crowd, lost to the Egyptian champion.