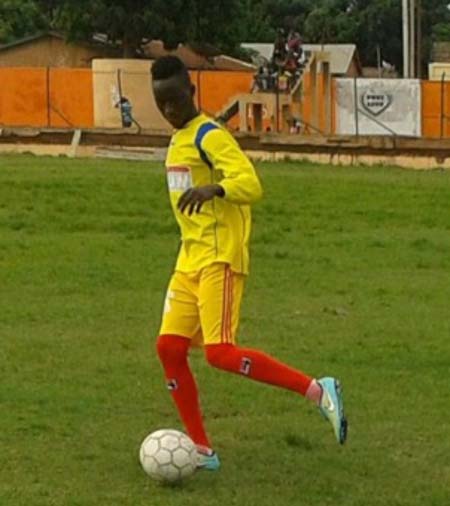 In an interview with Pointsports, Jarju expressed delight about the move, saying he was ‘so happy’ when he received a call from his agent Momodou Bah informing him about the move.

He thanked Gambian teammates Alagie Jobe alias Toldo, Hamidou Bojang and Molamin Manneh for their support and encouragement, saying that since he arrived at the club they have been very motivating and helpful to him. “They instill a lot of confidence and courage in me,” he said.

He also said the presence of the trio at the club had helped to boost his confidence and encouraged him to settle well at the club, saying with their experience and support he hopes to develop into a better player.

He thanked them for their support in ensuring he copes with the system in his new environment.

He also thanked his agent and brother Lamin Boy Jarju for making everything possible for him through the help of God.

According to him, the first few weeks at his new club were so hard that he nearly got discouraged as he was always left out of training but the support of his Gambian teammates kept him motivated. He commended the trio for always giving their all to the club.