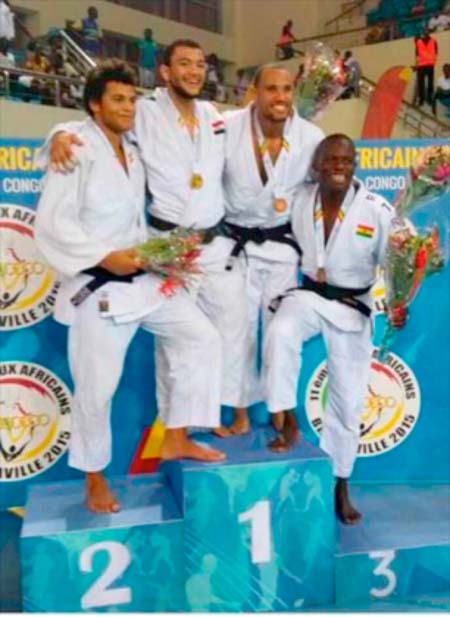 Finland-based Gambian Judoka Faye Alex Njie on 15 February 2016 lost to Brazilian opponent in the quarterfinals of the Rio 2016 Olympics qualifiers.

Njie, who earlier won The Gambia its first silver medal in the history of the All Africa Games last year, earlier defeated his first opponent, who comes from Hungary.

He went on to beat his Kazakhstan opponent in the second round of the qualifiers held in Austria.

In the third round, he defeated a Cuban, a three-time Pan- American Championship silver medalist, before going on to lose to a Brazilian in the quarterfinals.

In a bid to qualify to Rio 2016 Olympic Games, Alex took part in the 73kg category in which there were forty-four athletes representing twenty-nine countries.

In the third-place playoffs, he lost again to a Russian, thus capturing 7th position in the competition.

As it stands, it is expected that his ranking will improve, thus making him stand a very good chance of qualifying to the Rio 2016 games.