Gambian Christians in Atlanta gear up for Sang-Marie 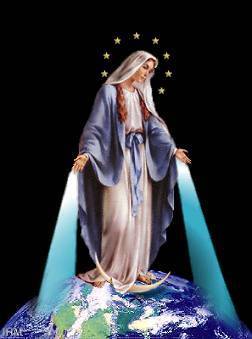 The Roman Catholic Bishop of the Diocese of Banjul, His Lordship Bishop Robert Patrick Ellison will be the chief celebrant of a solemn High Mass on August 18th, 2013 commemorating the 20th anniversary celebration of the feast of the Assumption of Our Lady.

This was disclosed by the Choir Director of the group; Mr Vincent Ndow during an exclusive interview with our correspondent in the area. According to Ndow, “it is indeed a fitting honor to have our Bishop here with us on this most historic occasion.”

He went on to say that the Bishop’s acceptance of the invitation was by divine intervention given that this day is also the biggest feast in the life of the Gambian Catholic Church; adding, “His Lordship was gracious enough to accept our invitation.”

It will be recalled that in a similar interview with The Point last year, Mr. Ndow pre-empted the situation and extended an open invitation to the Bishop and indeed, this medium is proud that it served as a messenger in the process and come August Gambian Christians will be celebrating with their Shepherd.

According to Mr. Ndow, hundreds of guests are expected this year from outside the United States. He reiterated their strong desire and to ensuring that the 20th will go hitch free. “We have put mechanisms in place to ensure that the celebration of our Mother In Faith will be a grand success.”

On what The Gambia Christian Organisation is all about, Mr Ndow explained that they have established a number of programmes which include emergency relief assistance, guidance, mentoring and other family support mechanisms.

He revealed that the GCO choir has been performing at colleges and universities around the state for the archdiocese of Atlanta, and for cultural and civic organisations in the state of Georgia and beyond.

He added that their yearly highlight is their partnership with the Knights of St Peter and Paul, a Catholic charity organisation in The Gambia through which the GCO donates clothing and school supplies for distribution in rural Gambia. The group also volunteers in the Atlanta community by helping feed families in the various food banks around the city.

Mr Ndow lamented that their growth as an organisation was slow, but took solace in the fact that they have always been able to lend a helping hand to the needy in America and The Gambia. “That’s the most important thing,” he said.

Gambian Catholics in the United States are putting the finishing touches; be it the ‘daypaes’, arranging for time off from work or flight and hotel arrangements and car rentals to celebrate the feast of their Mother In faith to the last song: “Ngurul mbok Mariama Yaye, Ndah nyu teral la tey .”

For historical purposes, it is important to note that the celebration of Sang Marie in the United States was initiated by Gambian Roman Catholic Priest Fr Anthony Gabisi. This was disclosed by Mr Zack Ogoo, the Social secretary of The Gambia Christian Organization.

According to Mr Ogoo, some twenty years ago, Fr Gabisi happened to have been in the States around Sang Marie time and encouraged them to celebrate mass of the assumption in their apartment and according to him; “Twenty years later, Sang Marie is bigger than we would have ever imagined.”

He expressed gratitude to Fr Gabisi for his foresight on behalf of all the pilgrims that have been coming to Atlanta for this Christian reunion for the past twenty years.

In concluding the interview with our correspondent, Mr Ndow on behalf of The Gambia Christian Organization extended sincere best wishes to the Muslim Ummah, especially their Gambian brothers and sisters on the occasion of the holy month of Ramadan.

He said it was their prayer that God Almighty will bless “our Muslim families and friends during this most sacred month.”

He lamented that for the past four or five years, their Muslim brethren in the Atlanta area have not been able to participate in the Sang Marie festivities because it fell within the month of  Ramadan; but according to him, “God does wonders in his own way, here we are for our 20th, and the holy month of Ramadan would have passed; thus giving us the opportunity to celebrate with our Muslim brothers and sisters who are as instrumental to the growth of Sang Marie as their Christian brothers; this is the beauty of The Gambia and indeed the peaceful co-existence we enjoyed in our country.” 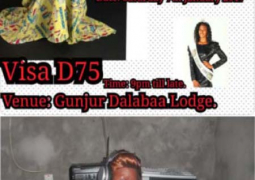