Badou Jack is the first Gambian boxer to ever qualify for an Olympic games through the normal International Olympic Committee boxing qualification.

Born in , from a Gambian father, Badou got his qualification on by beating boxer Herry Saliku Biembe of the Democratic Republic Congo in the finals of the middle Weight 75 kilos weight in .

He is the fist Gambian to win a goal medal in an international boxing competition.

Badou's pursuit started on Thursday when he defeated the South African Champion Masana Manganyi in the 3rdround of the quarter final in in the 2ndAIBA African Olympic Qualification Tournament.

On , Badou defeated 's Danuuloko Ekele 7:0 in the semi-finals.

In the final on Saturday, he met the Congolese boxer Herry Saliku Biembe and defeated him 8:0 thereby became the first ever Gambian to qualify in this event.

He said following intense negotiations, the Swedish Olympic Committee and Boxing Association agreed to release Badou to box for The Gambia.

"The international boxing Association has given their blessing to Badou to play for The Gambia in the next Olympics game" he added.

He noted that Badou's case for change of allegiance is now been considered by the International Olympic committee.

"We are already proud of him and we hope that he will be given permission to represent The Gambia in the next Olympic Games in which he has already qualified," the GNOC Executive Director concluded.

Badou is ranked 20 in the world in his weight.

The Need For Attitudinal Change 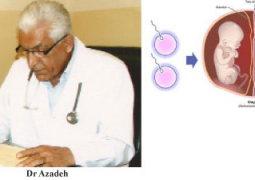 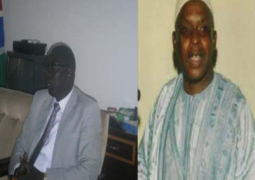