The Gambia has named a final squad for the international friendly game against Mauritania today Friday 27 March 2015, at the Independence Stadium in Bakau, after eighteen months of absence from international football.

The Scorpions will use the international friendly to prepare themselves for the continent’s biggest football fray African Nations Cup, as well as the CHAN championship qualifiers.

The players selected for the international friendly are as follows: 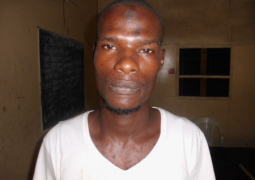