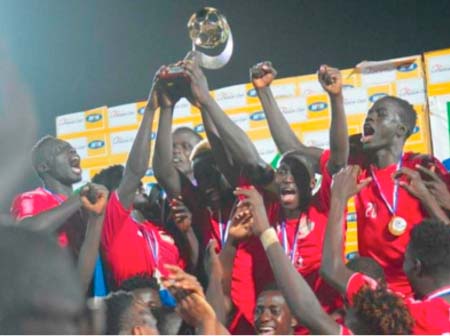 Gambia national U-20 team is set to defend to their WAFU Under -20 Cup of Nations crown, as the yearly tournament edges closer.

The junior Scorpions clinched the regional football champions’ title in 2018 after defeating Liberia 2-1 in the final, played in Monrovia. They missed qualification to the 2019 Africa U-20 Youth Championship hosted in Tanzania after losing to Benin 3-2 on aggregate in the qualifiers.

Coach Matarr Mboge and his charges are currently preparing themselves fit for the WAFU Cup of Nations set for later this year. Sixteen countries are set to compete for this year’s tournament.