Members of the National Assembly Wednesday ratified a motion on the security cooperation agreement between The Gambia and , paving the way for the two countries to partner in the fight against terrorism and other international crimes.

The motion tabled before deputies by the minister of the Interior, Ousman Sonko, stated that the agreement will include but not limited to fighting serious crimes particularly against crimes related to terrorism, organized crime, smuggling of migrants, trafficking in human beings and narcotic drugs.

In tabling the motion before deputies, Interior minister Sonko said The Gambia and Turkey view with concern the proliferation of trans-national crimes and acts of terrorism, and thus the need for the two countries to enhance cooperation in combating transnational crimes and terrorism, illicit trade, among others.

“The governments of The Gambia and are aware of the fact that the criminal phenomena link to terrorism, organized crimes and illicit trafficking in narcotic drugs and human trafficking considerably affect both countries, and pose a threat to public order and security,” Sonko told deputies.

According to him, both countries recognized the importance of international co operation in the fight against organized crime, terrorism, trafficking in narcotic drugs and human trafficking hence the need to cooperate to fight the menace.

“Both countries also recognize the increasing acts of terrorism and other forms of organized crime, and have acknowledge that a security cooperation agreement can be a tool towards effective legal cooperation instruments to strengthen the fight against trans-national crimes,” he added. 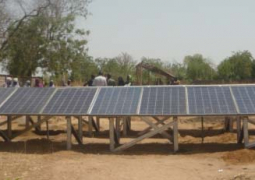