African champions, The Gambia U-17 will know their opponents today in the FIFA U-17 world Cup Draw in .

Host country will be seeded for the FIFA Under-17 World Cup which is set to kick off on October 24.

The draw ceremony will take place at the five-star Hilton Hotel, with organisers promising to deliver a superb event that will showcase the rich cultural heritage of this large West African nation.

The 24 finalists will be drawn into six groups of four teams, with the host nation, who are also the defending champions, slated to be based in , where the opening and final matches of the tournament will take place.

Besides 's Golden Eaglets, and the Baby Scorpions, Africa will be represented by three other countries: ; ; and .

The talking point in the local press is which of the nine prospective host cities will not be part of the tournament.

The FIFA team, led by vice president Jack Warner, is still far from impressed with 's readiness for the competition.

In the northern city of , Warner warned that an electronic scoreboard has to be installed immediately, while in the south eastern city of , he ordered that a lot more work is needed to properly lay the artificial pitch at the Nnamdi Azikiwe Stadium.

There are also security fears in Bauchi, where there was a recent religious riot that left several hundred dead, while Warri in the oil-rich has a history of unrest caused by militants agitating for a better life for those in the oil-producing region of . 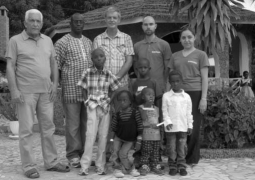 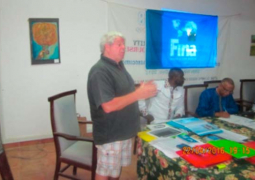