The President of the ECOWAS Female Parliamentarians Association (ECOFEPA) Hon. Haddy Nyang has disclosed that The Gambia would house the headquarters of ECOFEPA.

Hon Nyang, the National Assembly Member for Jeshwang constituency, is a member of the ECOWAS parliament in Abuja, Nigeria.

She was elected President of ECOFEPA at the inauguration of the association in Banjul, in March 2010.

According to her, ECOFEPA is a non-profit making organisation that strives to ensure effective implementation of Article 63 of the revised treaty of ECOWAS, which she said, requires that member states harmonise, coordinate and establish effective mechanisms for the enhancement of cultural, social and political status of women.

"As parliamentarians we have our oversight functions. We deal directly with the grassroots, and through that we will do our utmost in fostering unity among women, ensuring conformity with peace agreements and protocols, and conventions sensitising women in the areas of politics, health, education and culture.

On the issue of women's empowerment in The Gambia, Hon. Nyang noted that the President has empowered Gambian women with many women in key decision- making positions.

Noting that the Vice-President, Speaker of the National Assembly and several ministers are all women, she said, this has been possible through proactive measures taken by the government. 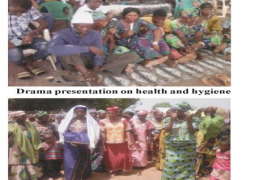