The Organization of Islamic Cooperation (OIC) Research Centre for Islamic History, Arts and Culture (IRCICA) in collaboration with the Ministry of Higher Education, Research, Science and Technology (MOHERST) Friday signed a memorandum of understanding for The Gambia to host conference on Islamic civilisation in mid-2016.

The signing ceremony was held at the ministry’s office in Kotu at the Futurelec Building, and the MoU defined the roles of each of the parties involved, including the Gambia government, IRCICA and Turkey.

He said IRCICA as the centre of the OIC is organising activities all over the world not only in the member countries, but also in non-member countries and in the regions were Muslim communities are found.

He saida series of Islamic civilization symposiums were held in all these regions.

Prof. Dr. Halit Eren said this would be the second conference in West Africa as the first was held in Dakar, Senegal, adding that during the conference they would have a scholar’s symposium, academic symposium and so on, and they would invite all scholars from the regions and all over the world.

The MoU would bring a new start between IRCICA and The Gambia and they wouldfocus on other activities in the coming years.

Dr. Abubacarr Senghore, Minister of High Education Research Science and Technology, said it was not surprising for Turkey to be a genuine friend of The Gambia and Africa at large.

The MoU was endorsed by President Yahya Jammeh about two years ago, he said.

The difference between the one that would be held in The Gambia and one held in Senegal is that the conference to be held inThe Gambia is going to cover the entire landscape of Islamic civilization.

He said the Gambia would also host the OIC summit in 2018.

He said Banjul had over the years hostedmany conferences, but this one was very unique, adding that it is a very important event and they are grateful to IRCICA as it is a very big opportunity for them.

Ergin Soner, Turkish Ambassador to The Gambia, said the significance of the meeting was the signing ceremony for further cooperation between IRCICA and The Gambia.

He said in the second half of 2016,they are going to have in The Gambia the Islamic civilization conference.

They would also try to observe the culture and scientific relations, and want to establish and improve relations not only in the field of politics and economy, but also in the field of culture, research, education, science and technology, the ambassador continued.

AmbassadorSoner said they are grateful for the contributions of the IRCICA and also the Organization of Islamic Cooperation, adding that they are determined to improve bilateral relations between Turkey and Gambia, but also relations especially in Sub-Saharan countries in the field of science, research, technology and education.

He said two years ago, during the Tourism Ministers conference in 2013, they were received by President Yahya Jammeh and they proposed to the President to hold the symposium in The Gambia.

He said the next OIC Summit after the one in Istanbul would be held in The Gambia in 2018.

Cherno Omar Barry, PS for MOHERST,said the visit is a follow up following a governmental agreement between the ministry and the centre, and also the Government of Turkey, to host in The Gambia the fourth international congress of Islamic civilization in West Africa.

They are realising all the commitments and promises made during a visit led by the Minister of Higher Education to Turkey, PS Barry said.

He said the purpose of the meeting was to sign an agreement that had already being established for a while now, which was going to allow The Gambia to host the International Congress on Islamic Civilization in West Africa.

He said the congressis goingto be a platform forsharing their knowledge, research on issues related to Islam, Islamic civilization, Arabic influence in Africa as well as a host of other areas of interest. 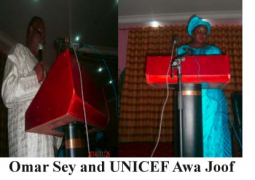 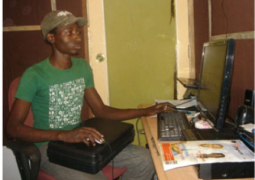