Dr Florence Mahoney is the greatest living Gambian historian. Her Phd Thesis 'Government and Opinion in The Gambia 1816-1901' is one of the most authoritative historical references materials on The Gambia; her first book 'Stories of Senegambia' (1974) remains the standard book for Gambian schools. Above all, she pioneered the teaching of Gambian history in our schools and College soon after independence. This her fourth major publication seeks to unfold the drama of the Mullato and Liberated African communities (Aku) in West Africa, and the Gambia in particular.

This book is divided into five chapters, each on a salient aspect of Gambian 19th century history. Chapter One (p.12) recounts the origins of the Mullato populations which used to dominate the commerce and politics in The Gambia in the second and third decades of the 1800s; Chapter 2 (p.45) traces the emergence of the Gambian legislature from the 1840s; Chapter 3 traces the French presence in The Gambia before 1875; Chapter 4 is on the Jihads of The Gambia from 1850 to 1900 while the last Chapter gives a detail bibliography and appendices for future research.

This book is an invaluable addition to Gambian historiography. Dr Mahoney has outlined the major events of 19th century Gambian history which healed to shape the future of our country. She takes a refreshing stance on history by using the past to illuminate the future: for example, she highlights the role of the Aku in our history at a time when the Aku population is dwindling fast due to inter-marriage, migration, and mortality. In addition, by restating the politics of the Gambian jihads in the 19th century led by Fode Kabba and Fode Silla, she is reiterating the need to live in religious co-existence. This is the power of history. In many years, Dr Mahoney is using history to bring to the centre those consigned to the periphery just as historians like Hassoum Ceesay are doing by their research interest in Gambian women's history.

Dr Mahoney has blazed the trail which other women historians like Faith Renner, Patience Sonko Godwin, have followed perfectly well. She is indeed an inspiration and our pride.

The book is useful for all students of Gambian history. It is highly recommended.
Available at Timbooktoo.Tel:4494345 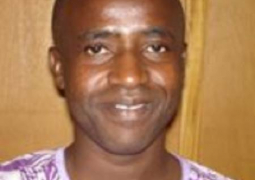 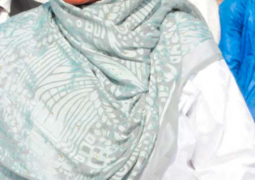