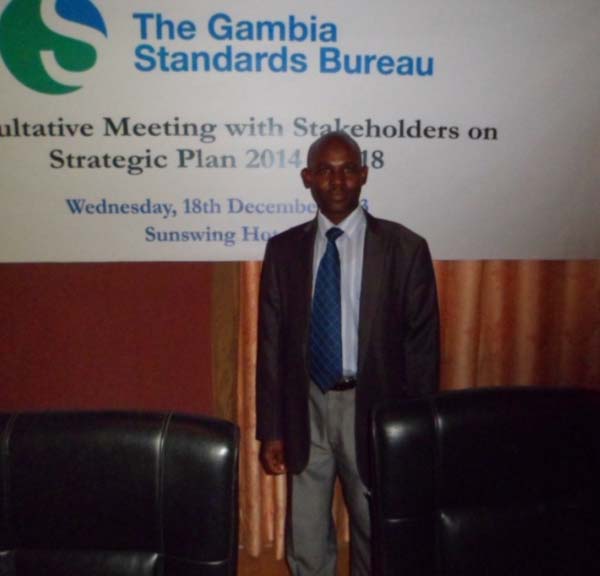 Held at the SunSwing Hotel, the meeting brought participants from various sectors to review the results of the Bureau’s strategic plan questionnaire and SWOT analysis.

According to officials of the Bureau, the document when finalized will serve to guide the policies and provide strategic direction for the Bureau in its activities during this period.

Speaking at the official opening, Papa Secka, director general of the Gambia Standards Bureau, said the meeting was held to consult various stakeholders on the strategic plan of the Bureau.

The plan, he noted, will give direction to the bureau within the next five year, on various areas that the Bureau can prioritize and work on those thematic areas.

This will also serve as an opportunity for the bureau to plan better in developing better project on the specific directions the bureau intends to address, he said, adding that it is very important for any institution to set long-term strategic plans that will better help the institution for better planning and implementation of projects.

His institution has a mandate of standardization, conformity assessment and certification, he noted, saying the bureau is also mandated to provide meteorological services for industry and commerce.

“We have set up a meteorological laboratory for that purpose where we keep the national reference standards which are the most accurate standards in the country,” he said.

He added that everybody has a role to play to ensure these standards are adopted and used as wisely as possible in The Gambia.

The aim of the bureau is to facilitate or encourage the development of both national and international trade as well as to protect human health and consumer value for safety.