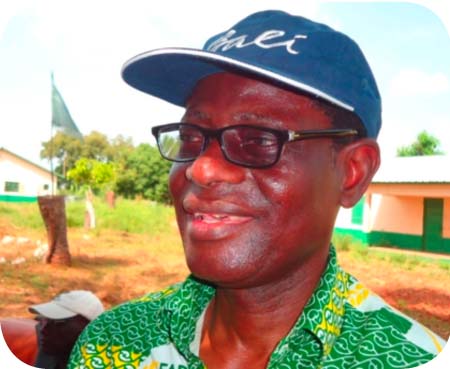 Professor Wale Adekunle, the special adviser to President Yahya Jammeh on agricultural issues, has said The Gambia’s annual import bill on rice from Thailand and India stands at US$50 million.

Prof. Wale, who came to The Gambia three weeks ago from Nigeria and is in the country as a special adviser to the Gambian leader on agricultural issues, was speaking during a two-day field visit of meetings with farmers and regional agricultural directors, project coordinators andthe permanent secretary of the Ministry of Agriculture, at the Chamen Seed Multiplication Centre in NBR and Garawol village in URR.

The field visits were spearheaded by the office of the Director General Department of Agriculture, for technicians to meet with farmers and share knowledge, learn best practices in improving agricultural production and productivity, as well as to popularize Vision 2016 declared by President Yahya Jammeh.

Professor Wale raised great concern over the huge amount of money countries like Nigeria, Ghana and The Gambia are spending on rice importation annually from Thailand and India.

Nigeria alone is spending US$5 billion to import rice every year, Ghana one million dollars and Gambia US$50 million from Thailand and India, he said.

The importation of this rice is not free of charge, but is money from farming and salaries that are used to import rice from Thailand, he added.

“Therefore,we are creating more opportunities for Thailand making them build storage buildingsand shelters through our money, while the rice imported is not even of quality to our health,” he said.

Considering the huge amount of money that is spent annually on rice importation from other countries, the Gambian leader thought it wise to ensure that this unfavourable situation is brought to an end.

The President, Prof Wale noted, decided to introduce Vision 2016 to end the decades-long rice importation into The Gambia by using “our own resource to produce high yields of rice, and put more money into the pocket of farmers of this country”.

“We are looking at how to plant rice three times a year by January in The Gambia. We are going to use the tidal irrigation, and will alsouse pump irrigation where possible,” he said.

Professor Wale said it is not impossible to accomplish Vision 2016 and end rice importation to The Gambia.

He expressed optimism that The Gambia “will achieve the Vision 2016 initiated by the President”.

All what is needed is commitment, hard work, devotion and unity, as well as taking ownership of the vision for the development of the country, Professor Wale asserted.

“I have no doubt that with the kind of leadership that The Gambia has, the vision will be attained,” he emphasised.

Speaking at one of the sites, Professor Wale said his mission to the Gambian leader on agricultural issues is about Vision 2016 pronounced by President Jammeh to end rice importation into the country.

Professor Wale, a Nigerian who has worked in many countries in the world including America, as well as spent 7 years in Ghana, is now in The Gambia where he would stay for two years.

“Vision 2016 is the latest vision and people are sceptical whether this vision is attainable, but with the political will of the Gambian people and the courage from the President, this vision will be achieved,” the Professor said.

Hereminded Gambians to recall that when the President Jammeh took over the country, Banjul International Airport was not a standard airport whilst the people were yearning for a befitting airport.

Whilst the effort was being made for the country to get a standard airport, some people were sceptical about it.

“Despite all those critics, the President was able to build and transform Banjul International Airport to a standard airport,” Professor Wale recalled.

“Again Gambians said they needed a TV station and some said he is a dreamer, and the President did it,” Professor Wale recounted.

“Today the President is talking about Vision 2016, but many are saying it would not be possible including some African presidents; but by the grace of Almighty Allah with the kind of leadership that The Gambia has the vision will be achieved,” Professor Wale assured Gambians. 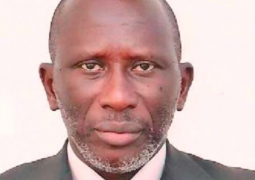