The minister of Finance, Mambury Njie, recently signed the financing agreements with the OPEC Fund for International Development in Vienna, Austria, for an amount of US$5 million equivalent to D143 million.

The signing, according to a statement from the Ministry of Finance, was the third financing agreement for funding of the University project, following the Kuwait Fund and Islamic Development Bank agreements signed on July 11th 2010 and October 25th 2010 respectively.

“This signing is an important milestone towards the realization of the construction of the Faraba Bantang Campus,” the statement added.

The minister of Finance, who was accompanied by the Deputy Permanent Secretary, Programs and International Cooperation, used the occasion to thank the President of the OPEC Fund and his management for the support they continue to extend to The Gambia in meeting her development aspirations, and assured the fund of effective implementation of the signed agreement.

The Director-General OPEC Fund in his speech pledged continued fund support to the Gambia Government given ’s excellent track-record of meeting her debt service obligations and management of funds.

The Director looked forward to strengthening the already good cordial relations between the Gambia Government and the Fund.

The Gambian delegation also used the opportunity to discuss with the fund staff, issues affecting ongoing projects financed by OPEC Fund, as well as pipeline projects submitted for financing in 2011 and 2012. 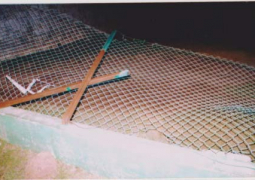 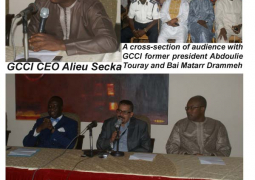