Gambia-Sierra Leone relationship: A much deeper one

The sisterly relationship between The Gambia and Sierra Leone is not just a product of the two countries’ foreign relations or their diplomatic ties.  It dates back to the colonial days or much earlier.

But according to the Sierra Leonean Ambassador to The Gambia, Soulayman Daramy, the relationship has reached an all-time high.

This is indeed due to the renewed impetus added to the already cordial relation with the assumption of Yahya Jammeh as president of The Gambia, and Ernest Bai Koroma for Sierra Leone.

However, it is important to note that the relationship does not just start with the opening of the Gambian and Sierra Leone embassies in Freetown and Banjul, respectively.

The relationship is historical, dating back to colonial days or even much earlier – before the advent of colonialism.

The former Sierra Leonean Ambassador to The Gambia, Mohamed Kemo Fadika, has aptly captured that point when he once said: “The bilateral relationship between Sierra Leone and The Gambia is something historical.

“During the days of our forefathers, there had already been a very cordial relationship between Sierra Leone and The Gambia.”

During the colonial days, The Gambia and Sierra Leone were being administered together by the British.  Since 1816, The Gambia was ruled under the crown colony system of colonialism with its administration answerable to the Governor in Sierra Leone.

The Gambian territory was governed from Sierra Leone from 1821 to 1843 and from 1866 to 1888.   When the administration was attached to that of Sierra Leone in 1866, the Gambian executive and legislative councils were abolished.

When the administrative link between The Gambia and Sierra Leone were severed in 1888, The Gambia became a separate colony.  This was how it continued until independence of both countries.

But even before this period, the two countries had a lot in common.  Both countries were and continue to be inhabited by the same ethnic groups, Mandinka, Fula, Aku among others.

Approximately, there is more than 6,000 Sierra Leoneans living in The Gambia.  Most of them are noted for their educational achievements, trading activity, entrepreneurial skills, and arts and crafts work, particularly woodcarving.

A good number of them will not go back; they only have parental connection to Sierra Leone but The Gambia is their home.

Sierra Leoneans easily fit in to the Gambian system and vice versa because the two countries share almost the same cultural practices such as wedding, funerals, and naming ceremony.  And lifestyles – respect for women, elders and family unity.

They also have almost the same level of religious tolerance – relations between Christians and Muslims; God fearing people in both countries.

There is also commercial relationship.  Though this is not very significant (that is not unique because the same is true for intra-African trade), Sierra Leone export to The Gambia is mainly textile and foodstuff like palm oil, ‘gari’, and cola nut, while Gambia’s is mainly textile (dress) and few manufactured goods.

In a nutshell, The Gambia-Sierra Leone relation is much deeper and wider than the diplomatic ties manifested in the foreign policies of both countries towards each other.

Apart from Senegal, The Gambia is more connected to Sierra Leone than any country on earth.

Therefore, the relationship between the two countries should be revered by both peoples and be nurtured for it to continue growing from strength to strength.

The two presidents, aided by their respective ambassadors, are on the right path for they are cognizant of this deep-rooted relationship, and are doing everything at the political level to further consolidate it in the interest of both countries.

“History is filled with tragic examples of wars that result from diplomatic impasse. Whether in our local communities or in international relations, the skillful use of our communicative capacities to negotiate and resolve differences is the first evidence of human wisdom” 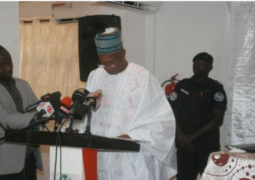 We call for peace and stability 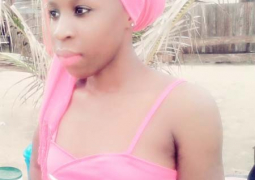