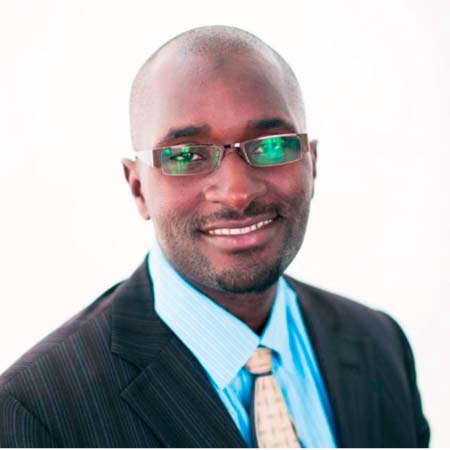 In this interview, the representative of The Gambia National Designated Authority in the GCF (Global Climate Fund) has said the country should phase out fossil fuel for electricity generation and move to renewable energy.

In an exclusive interview with The Point, Bai Madi Ceesay, who works at the Ministry of Finance and Economic Affairs and is responsible for the formulation of the national budget and analysing the impact of climate change on the country’s economy, said changing from fossil fuels to renewable energy would be a game-changer and paradigm shift for the country.

Below we publish excerpt of the interview.

The Point: Do you think there is any game-changer programme that GCF could fund in The Gambia that would represent a paradigm shift?

A game-changer programme that would represent a paradigm shift for The Gambia is the phasing out of fossil fuels for electricity generation and moving to renewable energy.  Our country benefits from nine months of continuous sunlight, and tapping into this resource would enable us to expand electricity access to rural areas and also make it reliable.

A second game-changer is the development of a climate-resilient natural resource economy, through a large-scale ecosystem-based approach. This means managing our natural resources in a way that promotes conservation and sustainable use. Our programme would aim to put in place alternative income-generation sources that would be less impacted by the effects of climate change. Our current reliance on the agricultural sector, which is dependent on rainfall, is not sustainable. For us, adaptation to climate change is about having robust livelihoods and ensuring people have reliable sources of income.

The Point: What are the major challenges and opportunities in the implementation of the Paris Agreement on climate change in The Gambia?

Two of our main challenges are most likely echoed by many developing countries: capacity and financial resources.  Firstly, in terms of capacity, some of Gambia’s best minds are abroad and the brain-drain impacts our development as we do not have enough skilled nationals to address the challenges we are experiencing.

Secondly, some of our Intended Nationally Determined Contributions (INDCs) are conditional to international support for implementation.

There are many opportunities. For instance, The Gambia received support from the Economic Community of West African States (ECOWAS), through its Regional Centre for Renewable Energy and Energy Efficiency, to develop action plans on renewable energy and energy efficiency. For our INDC activities on mitigation, we drew from these plans to put forward the energy projects that already exist, have been budgeted, and are in line with the Gambia national development strategies, including at the regional level.

Gambia also benefited from early support to develop its renewable energy plans under the United Nations Secretary-General’s Sustainable Energy for All (SE4ALL) initiative.

The Point: How is climate change affecting The Gambia?

We are already seeing the impacts of climate change, and one area significantly affected is the agricultural sector. If you look at the country’s rainfall pattern over the past 10 years, the volume of rain has decreased dramatically, with at times very minimal rain during this period compared to the 1970s and 1980s. Some estimates point to a 30% decrease in rainfall in the last 30 years.

Agriculture plays an important role in the Gambian economy, contributing about 25 per cent towards the national Gross Domestic Product.  With around 70 per cent of the workforce employed or engaged in the agricultural sector, any time the country encounters a drastic drop in rainfall the economy contracts or registers minimal growth.

Another impact of climate change is severe coastal erosion, linked to sea-level rise. The beaches in the capital of Banjul are vanishing, and in some areas, hotels and other tourism facilities no longer have the coastline they had a few years ago. This impacts tourism, which, in turn, affects our economy.  Flooding is also a problem with rain water inundating the city, nearby towns and villages, causing damage to infrastructure and disrupting livelihoods.

The Point: What ways do The Gambia engages local communities and stakeholders in the decision-making process?

An innovation for us was the approach used when developing Gambia’s INDCs. We deployed a “bottom-up and top-down” method to engage a broad group of stakeholders, with eight regional workshops consisting of 150 people per workshop, and almost equal representation of women and men. The focus was on increasing public understanding of climate change, both in terms of the scientific and political aspects.  This was an important element because in our initial discussions, it was clear that many rural participants did not know why their crops failed or yields were low. The feedbacks collected were invaluable because we heard directly from communities on the challenges they encounter and the solutions that could improve their livelihoods in the face of climate change.

The “top-down” component looked at how to implement the ideas and solutions collected at the grassroots level by consulting government departments, NGOs, the private sector and other partners. This balanced approach helped realise a country-owned comprehensive assessment of where we need to take Gambia’s climate action plans.