Director of Programmes of the organisation called Africa Democracy and Good Governance (ADG), is still incarcerated at the remand wing of the State Central Prison Mile 2 after he has failed to meet the stringent conditions of the bail bond.

When the trial resumed last Thursday at the Banjul Magistrates' Court, defence counsel Assan Martin called on the court to re-visit the bail conditions.

As counsel put it, "the accused cannot resist the remand conditions." Counsel argued that the D5 million bail bond, compared to the statutory punishment of 6 months imprisonment and or a fine of D500, if convicted for the alleged offence "is not understandable."

"The accused is a human being, and the court has a human face," counsel further submitted, and that in this respect, he urged the court to consider the liberty of the accused person as enshrined in Section 19 of the Constitution.

Counsel further remonstrated that if the prosecution is not diligent in prosecuting this case, or did not have enough evidence to prosecute the accused, "the court should strike out the matter."

She added that the accused is no longer in the custody of the police, rather under the court.

Counsel argued that "it goes to say that the prosecution have no regard for the court, and cannot hold the court to ransom, especially when the accused cannot fulfil the bail conditions."

Cadet police inspector Manneh, holding brief for the prosecuting officer, in reacting to defence submissions, said that "the situation is a reflex action and not voluntary."

Magistrate Abeke ruled that the matter should be adjourned to 30th April 2010, for the accused person to be produced in court.

Meanwhile, the amended charges against the accused person now read that Mr. Edwin in the month of March 2010 in the city of Banjul gave false information to the Office of the President, that African Democracy for Good Governance (ADG) is an NGO, which he knew to be false or had no reason to believe to be true. 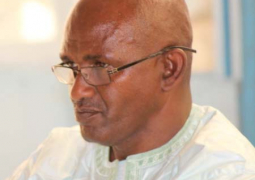