The joint communiqué is among others, centred on key customs agreements, including the re-opening of the Basse-Badiara transit route, and Badiara-Kaye route.

At the end of the visit, which was meant to further strengthen the cordial relationship that exists between the Gambian and Senegalese Customs Services, the two countries drew conclusion on key priority areas.

With regards to the documentation of transit trade between these two countries, it was agreed that all transit and export trade will be accompanied by a declaration form (SAD), which is being classified under the appropriate Customs Procedure Code (CPC) and nomenclature.

It was also agreed that this should be done only when such goods are suspected to be fraudulent or prohibited, and should be strictly limited to avoid undue delay of legitimate trade.

However, the two sides agreed that the lifting of the blockage will commence with a trial period of six months to enable both Senegal and The Gambia evaluate the control measures being put in place. This draft on the transit /export trade will be submitted to The Gambia Customs for review before it is sent to Senegal.

After the approval of the document, its implementation will start on 25 June 2010. 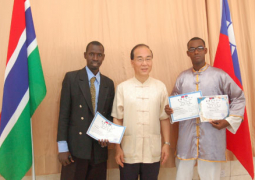 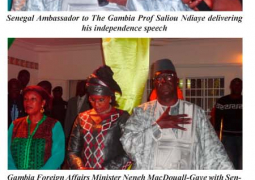