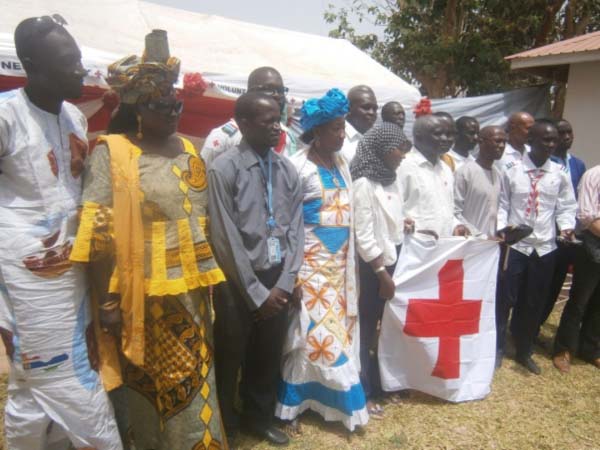 The Gambia Red Cross Society (GRSC) on Friday held a ceremony in commemoration of the World Red Cross and Red Crescent Day.

The commemoration began with a march-past, led by the Gambia Police Band, from Churchills town to the Red Cross office in Kanifing.

World Red Cross Day is an annual event commemorated on 8 May globally. The theme for this year celebration is “The power of humanity: the fundamental principles in action”.

Speaking on the occasion, Alhagie Sankareh, regional director of health services, West Coast health region 1, said this year’s theme reminds of the seven elements that make up the identity of the Red Cross.

As part of the commemoration, the Gambia Red Cross has organised series of activities including radio panel discussions, cleansing exercise, hospital visit and blood donation throughout the country.

The chairman of the interim committee of GRSC, Alieu G. Gaye, said the seven fundamental principles guide the movements, decisions and work of Red Cross.

He said the seven principles are shared by 17 million dedicated volunteers in 189 Red Cross and Red Crescent national societies around the world.

Madam Isatou Joof, volunteer management coordinator of GRCS, said The Gambia chapter of the Red Cross started as a branch of the British Red Cross in 1948 but became a recognised independent national society in 1966 following the ratification of the Geneva Convention in 1965.