The ruling Alliance for Patriotic Reorientation and Construction (APRC) party has won 43 of the 48 elected seats, following the National Assembly elections held last Thursday in which actual voting was held only in 23 constituencies out of the 48 constituencies which elect representatives to the Gambian parliament.

The IEC, in a statement, announced the election of 25 APRC candidates unopposed, after the vote was boycotted by six opposition parties.

However, Hamat Bah failed in his bid to regain the seat in constituency, and could not make a comeback, after he was defeated for the second time by incumbent Sainey Mbye of the APRC.

Figures released by the Independent Electoral Commission Friday indicated that in 23 of the 48 constituencies where elections took place, the ruling APRC won 18, the opposition party NRP one and four independent candidates won each a seat.

Among the constituencies won by independent candidates were Basse and Kombo Central, all seen as APRC party strongholds. They were won by Muhammed Magassy and Buba Ayi Sanneh respectively.

Also won by independent candidates were the constituencies of Lower Fulladou West and Niani, all seats previously held by the ruling APRC. Omar Tobb and Demba BT Sambou respectively won the seats.

The opposition NRP, the only opposition party that took part in the elections, managed to grab the seat in Niamina Dankunku from the APRC. Its candidate was Samba Jallow.

Six opposition parties said in a statement last month that since the Independent Electoral Commission would not postpone the polls as requested, they had been forced to pull out of the vote.

Due to the opposition boycott, 25 parliamentary seats went unopposed to the APRC party.

Five parliamentary seats are nominated by President Jammeh, among which members of the National Assembly will elect a Speaker and Deputy Speaker.

In the previous parliament, the ruling APRC held 42 of the 48 elected seats in parliament, the opposition United Democratic Party (UDP) held four seats, the National Alliance for Democracy and Development (NADD) one seat, while one seat was held by an independent candidate. 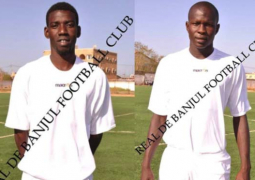