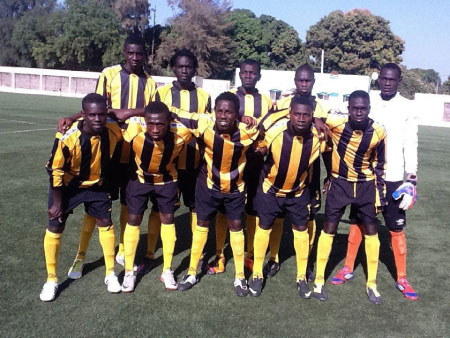 The Gambia’s representative in the African club champions league Steve Biko have withdrawn from the competition with less than a week to go before their opening leg in Algiers against Etente Setiff.

Senior club official Sulayman Drammeh yesterday told Afri- Radio Sports programme that despite several fund raising efforts, they have not been able to have enough funds to honor the fixture in Algeria.

“This is a very sad development for us because we have been dreaming to lift the Gambia’s football image and give a booster to our players but in the light of the acute financial problem, we would have to abandoned the dream,’’ Drammeh lamented.

He added that they have already had a meeting with the players to tell them the news about the withdrawal.

Contacted for comments on the withdrawal the GFF first vice president said as a federation their role in the Caf club competitions and similarly the national teams, is mainly to facilitate the indemnities, transports and other logistics for visiting officials and not to pay airfares for them.

“But this comes to underline that Gambian football needs to  be a product that can attract sponsorships and depart from the current state of dipping into private pockets to fund activities for clubs. Until then there will always be a funding gap. Without help from elsewhere this can happen to any club except perhaps the institutional teams, Gamtel GPA Armed Forces etc’’ he opined.

Asked if Caf has not already sanctioned the Gambian club for the late withdrawal, Mr Janneh said they are yet to receive communication on that.

Biko’s non participation means that only Gamtel is left in the Caf club championship. They play Armed Forces of Sierra Leonean in the Confederation Cup