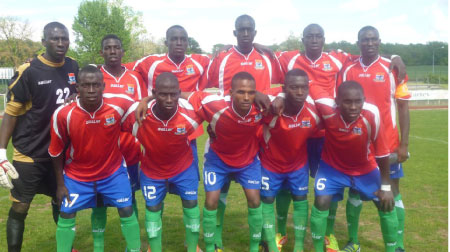 The Gambia National team will continue local training session at the Independence Stadium in Bakau on Thursday 4 June 2015, as part of preparations for their 2017 Africa Cup of Nations qualifiers away to South Africa on Saturday 13 June 2015, in Johannesburg.

The training session will be opened to the public and fans, who will be allowed to be at the stands to watch the Scorpions training session under new head coach Raoul Savoy, in his quest to qualify The Gambia to the 2017 Africa Cup of Nations to be hosted by Gabon.

The Scorpions will clash with Uganda in an international friendly set for Tuesday 9 June 2015, at the Nelson Mandela Stadium in Kampala to prepare themselves physically, morally and mentally for their crunch 2017 Africa Cup of Nations qualifiers away to South Africa on 13 June 2015 in Johannesburg.

Twenty-four Gambian foreign-based players have been invited for the South Africa clash. They are as follows: 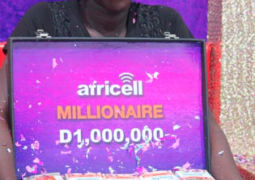