A non-partisan umbrella federation of trade unions in the , the Gambia National Trade Union Congress was founded in April 1995.

The purpose of the congress was, among others, to build one united labour movement for national reconstruction and development. The congress was also held to elect a new GNTUC executive that will represent the country nationally and internationally in trade union affairs.

In his keynote address, Ousman Bojang, of the ministry of Trade and Employment described the congress as timely, calling on the members of the GNTUC to co-operate and work towards the interest of the general public. He stated that a trade union should focus on solving problems, but not to cause problems.

Mr. Bojang challenged the new executive to beaware that the trust bestowed on them should not be betrayed, adding that the members should also work together to achieve their objectives.

He assured them that the Ministry of Employment will support them, as and whenever the need arises.

Speaking earlier, Sidat B. Sawaneh from the Department of Labour expressed similar sentiments, while urging the members to see each other as friends, and work together for their common good.

In delivering the vote of thanks, the assistant secretary general Muhamadou Lamin Susso of the GNTUC underscored the importance of the congress, for which, they have been lobbying for many years.

Speaking to reporters, shortly after the congress, the newly elected President of the GNTUC, Ebou E. Faal, said the congress was the first of its kind to be held, since its inception.

Mr. Faal commended the President for being supportive of the labour department. 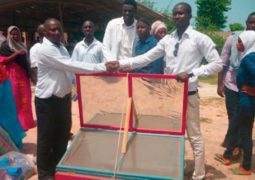