The scorpions, who were ranked 148 in the world and 45 in Africa in June, maintained their stand on the July ranking.

The continental ranking has left The Gambia above only nine countries.

The Scorpions, who are suspended from CAF Competitions for two years, have not kicked a ball since beating Tanzania last October in the final World Cup qualifying game played in Banjul. 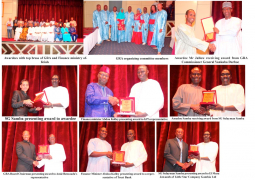