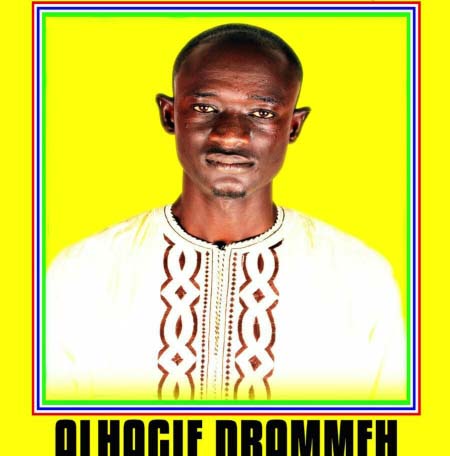 The United Democratic Party parliamentary candidate for Jeshwang constituency has said he is keen on doing something for his people, in what was his biggest campaign rally so far.

The Ebo Town-born newcomer, who faces five other challengers in next month’s National Assembly elections, insisted he will beat his opponents to the post.

In a speech to hundreds of his supporters at the Ebo Town football park on Sunday, Drammeh said: “The task is to represent you well at the House, and all of you can rest assured of my commitment to this. The common purpose is to uplift the area, and I plan to work with every stakeholder in the advancement of the interest and welfare of the average citizens of this constituency.

“I understand we have development challenges such as roads, street lights and proper gardens for our women. The role of an MP may not include bringing development, but as MP, I will use my office to lobby to bring whatever share Jeshwang deserves in terms of development.”

Drammeh urged the people of the area to stay united as it was a matter of course for true development.

And he added: “Our campaign has shaped up well, thanks to the tremendous show of support and unity. I call on all of my people to unite, as we partner with the new government on development matters.

“I’m particularly impressed that people of this constituency want a representative who will defend their interest and welfare at the National Assembly.”