The government needs to settle down and know that there is a long way ahead, said Hon. Halifa Sallah, adding: “We are just crawling; we need to stand and then walk before running.”

Hon. Sallah told his colleague parliamentarians that they should direct every word and action in the National Assembly “as we are having is a transitional government inheriting an order with a mandate to build a new Gambia”.

“Consent, truth, good faith as well as national interest must guide everyone in the operation of the country,” he said.

“It is important to bear in mind that unless you understand the challenges of the country you cannot be able to provide the policy, plans, programmes and projects to address.”

Commenting on other issues, Hon. Sallah said The Gambia cannot be compared to America in terms of agriculture as there are no factories available when people are removed from the land.

“The farmers require faming implements, fertilizers, seeds to enable them to produce and remove themselves from poverty and if that fails to happen then it is not my failure because it is not my direction,” he asserted.  “My direction is to create a cooperative bank that will help those family farmers to own their lands.”

Regarding selling of government aircraft, Sallah said: “The minister told the lawmakers that D472 million will be earned when the aircraft are sold.”

He suggested that when the aircraft are finally sold, the money should be used to buy a national carrier. 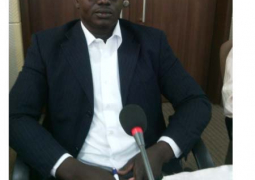