The Medical Research Council (MRC), National Malaria Control Programme, and Centre for Innovation Against Malaria on Thursday hosted a sub-regional conference on Building a Research Agenda for Malaria Elimination in West African Savannah sub-region, held at the Kairaba Beach Hotel.

Speaking at the occasion, Professor Tumani Corrah, the Unit Director of MRC (UK) The Gambia, told the gathering that, "this meeting is happening at the best time for MRC," adding that research across the world is changing partly due to large investment in science and innovation in developing economies.

Professor Corrah noted that the emergence of new health research centres in and new funding bodies, such as the Global Fund and Gates Foundation means that the MRC needs to ensure that its funding provides a unique contribution.

Corrah also said the MRC unit in the is currently repositioning itself in terms of its considerable strengths.

The Gambia, he added, had experienced a sharp decline in malaria prevalence over the past ten years, saying that he is delighted to see that the region's National Malaria Control Programme are coming together to investigate the feasibility of eliminating malaria using a combination of approaches.

Corrah, however said "the MRC interest in malaria research was warning due to the conviction that the disease would be eliminated within few years".

According to him, malaria has resurfaced in countries certified as 'Malaria' by the WHO, and ascribed the causes for the reappearance of the disease to breakdown in malaria control, as well as the lack of or inadequate surveillance system and the progressive skills of epidemiologists, entomologists, other malaria experts and programme officers.

"To eliminate it if not eradicate", Pro. Corrah went on, "we will need to adopt the three past strategies proposed by the malaria elimination group: aggressive control, progressive elimination and research to bring new tools".

Speaking earlier, Mr. Saikou Janneh, the Permanent Secretary at the Ministry of Health and Social Welfare, who deputised for the Minister Dr Mariatou Jallow, revealed that malaria is a leading global killer-disease that continue to waste huge amount of money, adding that more than $12 billion is directing loss to malaria in .

PS Janneh further noted that, malaria cannot be eradicated in isolation, noting that the programme should focus on the mechanism of introducing more effective tools that would stop the transmission of the disease. 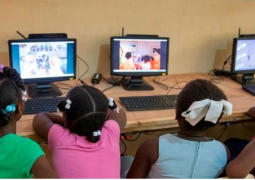