The Gambia has continued to operate a decentralised procurement system, with each procuring organisation responsible for its own procurements while being regulated by the GPPA.

However, this decentralisation requires that procurement officers (POs) are capacitised and resourced to ensure their full compliance with the GPPA.

The chairperson of the GPPA board of directors, Ebrima T.A.S. Dondeh, was speaking on Monday before the joint session of the Public Accounts Committee and Public Enterprises Committee (PAC/PEC) of the National Assembly, while presenting the GPPA activity report for 2014.

“It is, therefore, the responsibility of procuring officers in procuring organisations to uphold the practices, policies and procedures built around the above-stated concepts.”

Mr Dondeh added that procurement is the process of acquiring goods, works, services and consultancy services by public or private entities to satisfy a specific need.

He added that because public procurement represents the bulk of procurement activities in most countries including The Gambia, it could have a profound effect on the overall national economy.

According to him, good procurement governance is a system which is governed by accountability, responsiveness, professionalism, transparency, integrity, economy, competition and appeal rights.

Full authority to conduct independent procurement would be granted to POs on a case-by-case basis, as fully decentralizing and a weak procurement system may result into procurement risks rising to an unaccepted level, he stated.

“The procurements regulated by the authority amounted to D1.96 billion (40 per cent of the total procurement budget). This implies that two-thirds of all procurements are still being undertaken outside GPPA control,” he noted.

He said another challenge to the procurement system is the use of single source as the most dominant procurement option.

Mr Dondeh further informed deputies that accurate data on the quantum and value of public procurement is still not readily available.

However, he added, it is estimated that the value of procurement could be as high as 70 per cent of national budget.

“All the above statistics go to demonstrate the importance of a credible public procurement system that posits value for money in publicprocurement by ensuring transparency, accountability and equal opportunity or fairness in the dispensation of public funds, and which cannot be overemphasised and is the bedrock of good governance,” he stated. 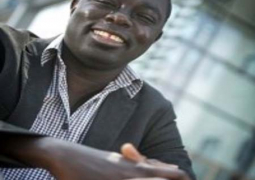