Just three days after returning from the Africa Military Cup championship (CAMFOOT) in Kampala, Uganda, The Gambia Armed Forces team, resumed training on Monday December 22nd, 2008 ahead of the West Africa Liaison Office (WALO) Championship to be held in Guinea Conakry in April 2009.

The tournament, which is expected to feature all Military football teams in West Africa, will be used as qualifiers for the 8th edition of the Africa Military Cup (CAMFOOT) to be hosted in Algeria in December 2010.

The Gambia Armed Forces, who won the last WALO championship held in Banjul in 2007, will be one of the favorite teams to clinch the title in Conakry.

Knowing the big challenge ahead in Conakry, Coach Alhagie Sy has called the entire team to an intensive training programme at the Fajara Barracks since Monday morning.

It will be recalled that The Gambia Armed Forces took part for the first timein the Africa Military Cup organised by the Organisation ofMilitary Sports in Africa (OSMA) and held in Kampala, Uganda from December the 3rd -13th, 2008.

They drew all their group games namely against Cameroon 1-1, South Africa 2-2 and Algeria 2-2 which was not enough for them to advance in to the semi finals. 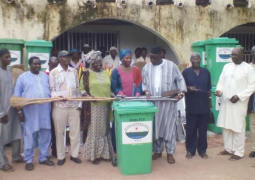 Why is exercise wise for your health?