The Gambia Association of Disabled and Hard of Hearing, GADHOH, recently held its 5th Annual General Meeting (AGM) at its Headquarters in Kanifing when eight national board members drawn from the five regional branches in the country namely, , Brikama, Barra, Farafenni and Soma were elected into office.

Speaking at the opening ceremony, Dodou Loum, Executive Director of GADHOH, spoke of his association's strategic plan under which they will work to make the vision, mission and values of GADHOH understood by all members and development partners. He also talked about the amendments to the GADHOH constitution which were approved by the last AGM.

Meanwhile, the following were elected to the national board: Abdou Karim Drammeh, Abdoulie Sarr, Adama Jammeh and Amie Cham while the regional branches will be represented each by one person. 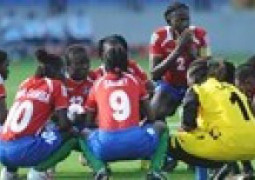