An appeal from Headmaster Ouseman OCR, for furniture to use in his Grade 2 classrooms, was met by FROGS who donated 30 sets of furniture, made at a cost of D36, 400.

Representatives of the Alkalo of Prince, Department of Education, School Committee, local dignitaries and other guests, as well as a huge turnout of Prince residents applauded the gift which was said to be much needed.

Responding to speeches of thanks, Malcolm Reader, of Friends of Gambian Schools, accompanied by his wife Sally, said how pleased they were to be back at Prince LBS, and to be able to respond to the appeal for help from the school.

He went on to express his disappointment at the decision by The Gambia Ports Authority, to impose freight charges on the school furniture, over and above the normal vehicle charges. Malcolm Reader said that this could only serve to reduce the amount of help given to schools on the North Bank of The Gambia in the future.

As part of the occasion FROGS also donated exercise books, pens, pencils, markers and other classroom resources. In addition, seeds and seedlings for the school garden and footballs for the school's football team were also presented by the FROGS representatives.

An entertainment, firstly by staff and pupils, then by the village ladies, rounded off a splendid day. 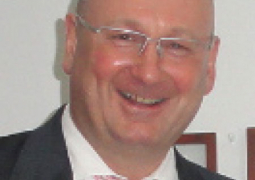 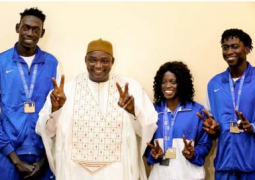