Rev. Fr. Sean Devereux, who had served in different parishes in the Kombo's recently bid farewell to everyone at his Parish church (Kizito's) in Bakoteh.

Fr. Sean, who hails from Ireland, has completed his term of duty in The Gambia, which many described as successful. As they put, he had shown love and care to everyone.

According to Marie Louise Gomez, a lector member of St. Kizito's, "Fr. Sean had served as the man-in-charge of communications at the Gambia Pastoral Institute (GPI), as Parish Priest at Saint Anthony's Church Kololi."

"Here he put everything straight as in the case of the communication at the GPI. He was again moved to St. Kizito's where he elevated the church and everything to higher heights.

Whilst there he initiated a multi-million school project at Mariama Kunda near Younna. Apart from this, Fr. Sean was also behind the unification of members and expansion of the church.

We are proud of Fr. Sean as he has hosted a website for the Parish, which everyone is gaining a lot," she said.

Another member of the lectors group at St Kizito's has this to say, "I will miss Fr. Sean so much, because he let us know how to proclaim the word of God".

Fr. Sean in his untiring effort set up a scholarship scheme for the poor serving the needs of hundreds of poor children.

Many believe he should stay on to bring about further developmental changes. Fr. Sean many would attest had turned down his return when his return was up. His stay was negotiated several times.

Fr. Sean fell ill in the recent past and was rushed to Dakar and later flown to Ireland for treatment. He returned recently only to say good bye to a tearful congregation. My family and I will miss Fr. Sean a lot. He has been a very hard working man, dedicated to the development of the Bakoteh community.

It was upon his return that he brought the bad news of his final return home. He had been refused returning home by his parishioners on several occasions, but after his ill health everyone seems to understand his position.

Many will remember him as a dedicated priest and a servant of the people. His fellow priests will miss him in many ways.

"All credits in my life as a journalist and writer go to Fr Sean, because without him I wouldn't have been a pen-pusher. Sean is the source of my inspiration as a writer," said Seedy Bojang, a renowned Gambian writer, who underwent his tutelage at the Gambia Pastoral Institute. 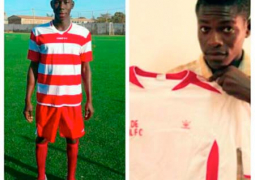 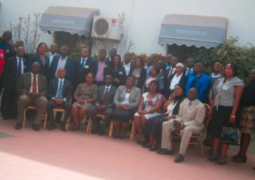