Experts across the sub-region are currently taking part in the fourth meeting of the ECOWAS Regional Copyright Observatory-RCO at the Sunswing Hotel in Kololi.

The three-day forum is, among others, meant to evaluate the implementation of the five-year plan of action and work program adopted by the observatory in 2010, and to consider the involvement of artists in the fight against piracy.

The meeting will also evaluate the progress made in the assessment and supervision of countries without proper copyright laws, contribute towards the harmonization of national legislations and consider the execution of its 2013 program of activities.

Regional experts will also consider reports on the coordination of the fight against fraud and piracy, as well as challenges militating against the development of cultural industries in the region.

The ECOWAS council of ministers in line with NEPAD’s cultural plan of action endorsed the establishment of the Regional Copyright Observatory at their 63rd session held in in 2009, with a view to promoting the development of cultural industries and safeguarding the works of creators from piracy and fraud.

The RCO was officially inaugurated by the ECOWAS Commission in 2010 in , and is mandated to monitor and evaluate the implementation of recommendations and decisions of ECOWAS authorities in the area of copyright protection.

The observatory is aimed at protecting the region’s cultural wealth, with the overall objective of enhancing economic development, social emancipation and regional integration.

The RCO comprising seven countries receives an annual grant from the ECOWAS Commission, and meets yearly to evaluate the progress made with regard to its mandate. Since its inauguration, the body held two meetings, in in 2011 and in 2012.

In her statement at the opening ceremony, Fatou Mass Jobe-Njie, Minister of Tourism and Culture, underscored the importance of the forum, noting that as long as member states have laws and legal frameworks pulling in different directions, even though the aims of protecting artists economic and moral rights are the same, the infringers of copyright will continue to exploit this weakness to the detriment of our creative community.

According to her, the creative industries, if properly harnessed, could be a major player in our efforts to alleviate poverty, create jobs for the youth and build a national identity for our peoples.

Noting that the ECOWAS region is well known for its rich cultural and artistic heritage, Minister Fatou Mass Jobe-Njie, said our writers, musicians, film makers, sculptors, dancers, composers are among the most sought after in the continent.

‘Sadly, in many of our countries in the sub-region, creators still cannot benefit from the sweat of their labour,’ she stated.

She further noted that it is only through initiatives such as the Observatory that the creative class in our ECOWAS sub-region can start to live in dignity befitting the creator, and to allow our governments to also get returns from the investments in cultural infrastructure.

Professor Abdoulaye Maga, Director of Education, Culture, Science and Technology at the ECOWAS Commission, said the choice of The Gambia to host the 4th observatory meeting was not accidental, but was informed by the assessment of copyright carried out in The Gambia by the ECOWAS Commission in collaboration with members of the Observatory in 2012.

Noting the Regional Copyright Observatory is strategically positioned by ECOWAS authorities as one of the culture development and integration programmes of ECOWAS, Professor Maga, said this is because regional governments have come to recognize the pivotal role that copyright protection and the promotion of cultural industries can play in the development of the member states and the region.

‘We are all witnesses to the fact that the ECOWAS region is a rich tapestry of people of unique creative origin. This is evident in our music, visual arts and crafts, performing arts, literature, textile, costume designs, cinematography, film etc,’ he stated.

However, he added, it is very difficult for creators of works to earn a decent living from their creations in West Africa compared to their counterparts in developed countries, because their works are not adequately protected from piracy and fraud. 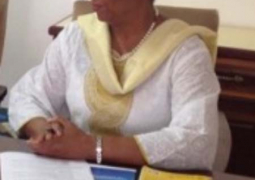