Four new ambassadors accredited to The Gambia Monday presented their letters of credence to President Yahya Jammeh at State House in Banjul.

Timothy Mwaba Walamba of Zambia, Vyacheslav Beskosty of Belarus, Alex V. Lamadrid of Philippines, and Bernhard Kampmann of German all spoke to waiting reporters, after closed-door meetings with the Gambian leader.

The new Belarus ambassador to The Gambia, Vyacheslav Beskosty, told reporters that he had a very long and fruitful discussion with the Gambian as regards the relations between Belarus and The Gambia.

According to him, President Jammeh expressed The Gambia’s willingness to deepen relations between the two countries. He told reporters that his discussion with President Jammeh also touched on issues of possible cooperation and sustainable partnership in the areas of agriculture, among others.

The Belarus diplomat disclosed that come the beginning of December, his government will send to The Gambia a strong delegation consisting of manufacturers of tractors, trucks and some other equipment and machinery for a study tour in areas mentioned before.

‘‘The mission will be to start discussing the possible terms and volumes of delivery and supplies of our techniques to The Gambia,’’ he stated.

According to him, a way of boosting agriculture was on top of the agenda of his discussion with President Jammeh, who had expressed particular interest in the area of aqua-culture.

Based in Dakar, the new German ambassador to The Gambia, Bernhard Kampmann, said he had a very deep discussion with the Gambian leader covering both bilateral and religious matters.

Describing The Gambia as a country of religious tolerance, the German diplomat said the country’s Muslims and Christians live harmoniously and interact freely.

“The way Muslims and Christians live together in The Gambia is a sign that can guide us, and we can learn from this in this part of the world,” he noted.

Last to present his letters of credence to President Jammeh on Monday was the new Zambian ambassador to The Gambia, who will be based in Abuja, Nigeria.

Ambassador Walamba described his Banjul experience as the first time in his life to see a president staying at work that late.

He told reporters that Gambia and Zambia and their peoples share many things in common.

President Vieira Due in Town this Morning

Analysis of hanging-fate of undocumented Gambians in Italy 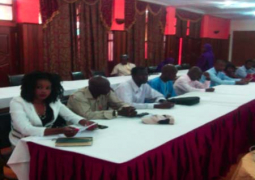 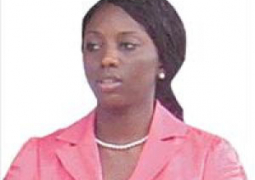