Bankers across are currently taking part in a three-day regional forum on the harmonization of accounting and financial reporting for banks and credit institutions in ECOWAS.

Organised by the West African Monetary Agency, WAMA, the convergence at the Kairaba Beach Hotel, among others, seeks to discuss ways and means of achieving harmonization of an accounting and financial reporting framework for banks and other credit institutions in ECOWAS for the proposed ECOWAS Monetary Union.

In his opening remarks, Basiru O A Njie, first deputy governor of the Central Bank of The Gambia, said harmonization of the banking and financial system is critical under the ECOWAS Monetary Cooperation Programme, because its attainment will not only ensure transparency in the financial system, but also help increase public confidence in the sector at both the local and international level.

“As you may be aware, central banks supervise commercial banks and other credit institutions under their jurisdiction, and one of the key requirements to measure the efficiency and compliance with the banking laws is the reports on accounting and financial status as stipulated by the Banking Act, corporate laws and The Prudential Guidelines for Banks,” Njie stated.

He told the forum that across the ECOWAS region, a deliberate and a concerted effort is being made to migrate to the International Financial Reporting Standards (IFRS).

“While some member countries have successfully migrated to the IFRS and hence banks and other credit institutions in these countries comply with IFRS, others are in the process of doing so, and are in the various stages of its implementation,” he added.

Njie told bankers that the adoption of a common accounting and financial reporting framework for banks and other credit institutions is but only one of the important critical steps that needed to be taken to realize the long-cherished dream of one currency and one central bank.

Mohamed Ben Omar Ndiaye, director general of the West African Monetary Agency, WAMA, said transparency, accounting and public confidence both at local and international level, in the banking system is critical for the economic and monetary integration process in the sub region.

“It is for this reason that this workshop is of enormous importance to the roadmap set out for the advent of the single currency for ECOWAS,” Ndiaye stated.

The workshop, he added, is part of the recommendations of the 40th WAMA statutory meeting of the Committee of Governors of Central Banks of ECOWAS member states, which was held in in July 2011.

He told the forum that WAWA was enjoined to draw on the expertise of the central banks in order to carry out its single currency road map assignments under the economic and monetary integration project of ECOWAS.

The workshop, he said, is an important step towards achieving a single currency project in . 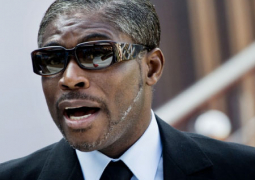 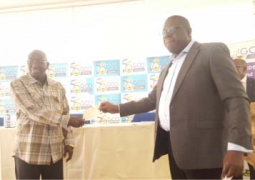