In his evidence-in-chief, the witness said he was a security officer and he knew the defendant, adding that he was working with the defendant.

He revealed that he knew the plaintiff as his former boss at Uncle Sam Security Company.

Asked by the defendant’s counsel whether he knew the reasons why the plaintiff left, the witness replied in the positive.

He told the tribunal that the plaintiff was assigned to use a motorbike to go to Banjul, saying the said motorbike had no break, signal, number plate, licence or documents.

The former employee told the court the plaintiff refused to do so due to the aforesaid problems.

Asked whether it happened in his presence, the witness said, “Yes”.

He said the owner of the company, Pa Alieu, then ordered the plaintiff to get out of his office.

“When I was going on patrol, they asked me to use the said bike. I replied to them that over my dead body because I had experience with it,” Jallow told the tribunal.

According to the witness, he had an accident with the said bike on his way back when he went to collect a police officer at Kairaba during a fight at their office.

He told the court he was intercepted by the police on several occasions when he was asked to use the motorbike to go on patrol.

“When I started working with the company, they got four motorbikes in my presence but none of them had documents,” Jallow added.

He testified that he was the one that bought the fourth motorbike but when the licences were expired, they were never renewed.

The former Uncle Sam Security officer told the tribunal that he was also one time intercepted by one Sergeant Badjie and Alasan Marenah.

He indicated that the said motorbike was impounded at the Brusubi Police Station for five days.

Asked by the defendant’s counsel whether he had ever complained to the management, the witness said: “Yes, in every meeting.”

He testified that the wife of the proprietor told them she was going to handle everything but he was not convinced and he resigned.

He told the tribunal that one of their employees, John Corea, had died in an accident during patrol with a motorbike.

He testified that he was not aware of Corea’s recovery of any money, noting that the family was trying to come to recover money but they were fed up and left. 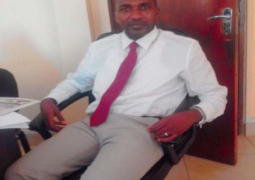 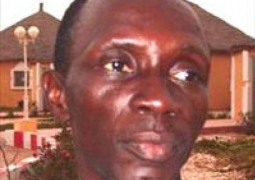