The appeal case filed by six former National Intelligence Agency (NIA) operatives at the high court in Banjul before Justice Emmanuel Amadi had reached its climax, with the court now expected to adopt both the appellants’ and state respondent’s briefs on 5th May 2011.

The appellants, Lamin Drammeh, Lamin Sanneh, Basiru Jabang, Kajali Jawara, Salimina Drammeh and Fabakary Barrow, all former operatives of the NIA, are appealing against the lower court verdict, which convicted and sentenced them to four years in imprisonment with hard labour on a four-count indictment which included conspiracy, abuse of office, criminal trespass and stealing.

On resumption of the appeal case yesterday, the appellants' counsel B.S.M. Conteh informed the appeal judge that the appellants had filed their written briefs, and served the state respondent.

The state respondent, Yusuf, told the court that he received the appellants' briefs, but could not reply.

Justice Amadi then gave the state counsel 14 days to reply to the appellants' briefs and adjourned the appeal to 5th May for adoption of briefs from both parties.

The particulars of offence on count one stated that the accused persons had conspired to commit an offence.

Count three indicated that on 28th June 2003 at  the Senegambia Beach Hotel, being employed in the public service by the NIA, the accused persons abused the authority of their office and carried out arbitrary acts prejudicial to the rights of Dr Frank Mahler and Niklas Wastphal.

Count four read that on 23rd June 2003 at the Senegambia Beach Hotel, they entered a property in the possession of another with intent to intimidate two German nationals, Dr Frank Mahler and Niklas Westphal. 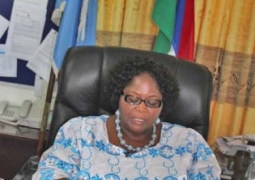