The case proceeded with the cross-examination of the first prosecution witness, Alieu Jarju.

Under cross-examination, Alieu Jarju maintained that he heard the first accused, Lamin Jarjue, saying that if he had the power to cancel the President’s meeting at Busura village, he would cancelled it and take the meeting to another village.

Asked how he heard that statement, PW1 said he heard it while he was walking past them at one of their meetings held at Marakissa.

He was told by the first accused that, in his evidence-in-chief, he said he was monitoring him.

The accused person then put it to him that he was deceived by his observation, but PW1 said all what he said about him was the truth.

Asked why he did not report the matter to the security, but kept quiet until the alleged incident, PW1 said he had reported the matter at the right time.

Meanwhile, the police prosecutor applied to amend the charge sheet, which was granted, and the accused persons again denied all the charges.

Prosecutors have accused Lamin Jarju and five others, and alleged that on 25 June 2013 at Busura village, while being in a public place, they jointly conducted themselves in a manner likely to cause a breach of the peace, and thereby committed an offence.

Lamin Kullo Jatta was also accused, on 25 June 2013 at Busura village in the Kombo Central District of the West Coast Region, to have incited others to take part at the meeting grounds in Busura village, which was calculated to bring physical injury to the community and thereby committed an offence. 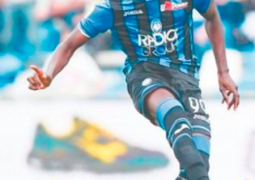