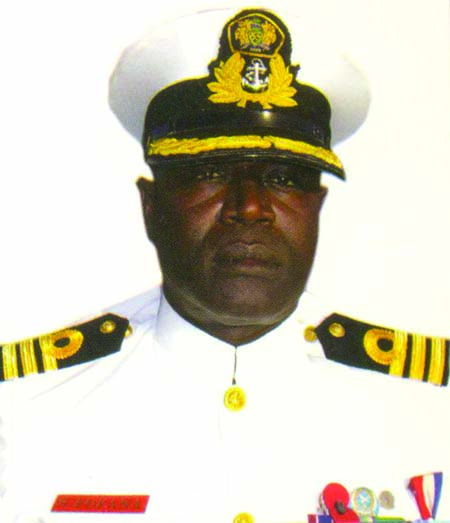 Family sources have confirmed to this paper the arrest of Ensa Badjie, former Inspector General of Police, Rear Admiral Sarjo Fofona, former Commander of the Gambia Navy, along with four other military officers, at the time of going to press.

It would be recalled that President Yahya Jammeh on Tuesday dismissed the former IGP and the five members of the Gambia Armed Forces from the police force and armed forces.

A family source told our reporter, who visited the families, "My father has not returned home since he went to work on Tuesday."

Another one said: "It's true!  We are told that they were arrested."

This dismissal and arrest of the six security officers follows the arrest of Lang Tombong Tamba, former Chief of Defence Staff of the Gambia Armed Forces in November 2009.

When contacted the Army PRO Lt. Beyai said: "I only know of their dismissal but not their arrest."

Police PRO Secka also said: "No, I don't know anything concerning these people."

It could be recalled that last Friday, Major General Yankuba Drammeh, Deputy Chief of Defence Staff of the Gambia Armed Forces was also sacked.