Unimpeachable sources have informed this paper that the former police Crime Management Co-ordinator, Commissioner Burama Dibba, has been formally charged with giving false information to a public officer and is expected to appear at the Banjul Magistrates' Court today.

Mr Dibba had been in detention since April, this year, along with Ebrima 'Kungi' Jammeh, former Officer Commanding, Serious Crimes Unit of Gambia Police Force. However the same sources further informed this paper that Ebrima 'Kunji' Jammeh was yesterday released without charge.

In another development this paper has gathered reliable information that Musa B. Suso, former Kombo North National Assembly Member who was sometime ago released from jail, was also called in for questioning before being charged with giving false information. He is expected to appear in court any time soon.
Share Article
Share on Facebook
Share on Twitter
Share by E-Mail
Share on Pinterest
Share on LinkedIn
Share on WhatsApp
Previous:
Facts, Worries about New UK Immigration Laws
Next:
A Shining Example of Beneficial Co-operation 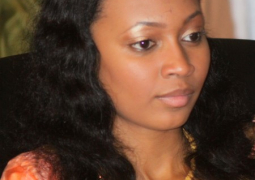