The Gambia Standards Bureau through its technical committee on food safety yesterday conveyed a one-day meeting to review the standards for adoption prepared by three established committees.

The meeting, held at the National Nutrition Agency (NaNA), brought together participants to validate the draft documents for a proper working tool.

Speaking at the opening, Gambia Standards Bureau Director General Papa Secka recalled that the committee was formed about two months ago, comprising various stakeholders taking concern of board of directors on food standards in the country.

He also stated that the Gambia standards Bureau want to make sure the food standards of this country are relevant and in line with the international standards.

Mr Secka noted that there are ten food standards, along the food value chain that has been given attention to by the sub-committee that needed to be scrutinised to international standards by the food technical committee in the validation.

He also commended the sub-committee for working diligently with the support of the Bureau to come out with some of the recommended food standards along the food value chain.

He said the next step is to engage the stakeholders and the private sector after knowing their important role, to sensitize them on what the standards are all about and to further utilize the standards to be used in The Gambia.

For his part, Malang Fofana, deputy executive director of NaNA, said the aim is to ensure the country improve on food safety and the objective is to make food safety available to the Gambian population.

In achieving this, he said, the stakeholders should ensure the right procedures are being followed according to the regulatory body.

He said that over the years the codex committee has worked tirelessly to bring stakeholders together to harmonize some of the food safety in both the livestock and animal health to improve food safety.

He added that the sub-committee has drafted ten standards on food value chain and are now waiting for reinforcement, which is a step in the right direction.

He then challenged the stakeholders to ensure safe food is achieved for the Gambian population. 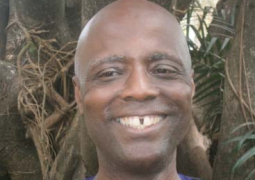