At least seven staffs of the Food Safety and Quality Authority (FSQA) were Friday fired by the director general Zainab Jallow for filing a petition against her.

Recall: Last year, a greater percentage of the authority’s staff filed a petitioned to their board against Zainab but the board through their independent panel said they have limited powers over DG Zainab Jallow.

Staff members requested the findings made by the independent panel, but it proved futile prior to the staged press conference on Wednesday.

Last week, a letter signed by Bai Dadou Jallow, director of Scientific Affairs of FSQA, indicated that 22 staffs have been sent on administrative leave without pay.

The Food Safety and Quality Authority of The Gambia was established by Food and Safety Act 2011. It is the sole authority with powers to control food and feed in the country.

In the staffs’ petition letter, they mentioned that “Anyone who stands for truth is either sacked or frustrated to resign.”

DG Zainab is travelling to the USA today (Monday) along with Bai Dodou Jallow and Mary Johnson.

It would be also recalled that on September 20, 2019 one of the Food Safety staff Abdul Hakim Jawara who resigned from the Authority was arrested by the Kotu police.

After Five Months in Office 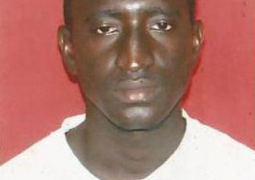