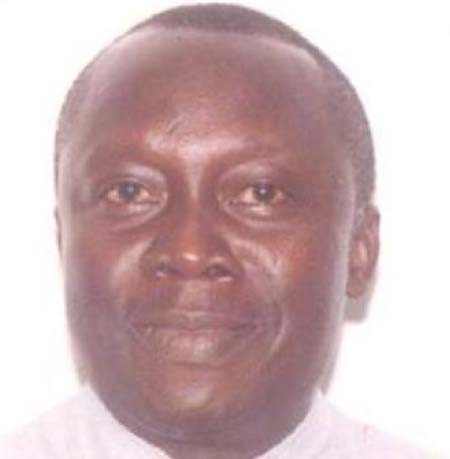 The agriculture sector in the country has received another boost as stakeholders in the sector yesterday launched a $28m project known as the Food and Agriculture Sector Development Project (FASDEP).

Launched at the Kairaba Beach Hotel, the project is being funded by the Government of The Gambia and Global Agriculture and Food Security Programme (GAFSP) with technical and supervisory assistance from the African Development Bank (AfDB).

Delivering the welcome remarks, Ada Gaye, permanent secretary at the Ministry of Agriculture, expressed delight at the launch of the new project.

According to her, there were a lot of follow-ups and series of consultations between The Gambia Government, the AfDB and the FAO regarding the project.

According to her, FASDEP will be jointly supervised by the AfDB and the FAO.

She further stated that The Gambia has made great strides in recent years, by increasing farmers’ access to productive technologies.

She also stated that FASDEP, with its focus on irrigation-both for rice and other crops, will help mitigate some of these adverse effects.

For his part, Agriculture Minister Solomon Owens said the Government of The Gambia under the leadership of President Yahya Jammeh has put in place a consistent set of broad policies, strategies and measures to accelerate agricultural production, boost overall sector performance, and strengthen agricultural export and trade.

He noted that the AfDB has been a vital supportive pillar in The Gambia’s development activities over the years, providing co-financing to a number of key projects since 1974.

He noted that the new project is going to be one of the four projects currently supported by the bank in the agriculture sector.

Minister Owens used the opportunity to thank the FAO and the AfDB for having sourced and supported The Gambia with a local team and international technical assistance in preparing the proposal.

According to him, the primary development goal of the FASDEP is to reduce rural household poverty, food insecurity and malnutrition through increased agricultural production, productivity and commercialization.

For his part, Oladapo Olagoke, principal Agro-Economist, who spoke on behalf of the African Development Bank, in a goodwill statement, congratulated The Gambia government on the launching of the project.

“To us in the Bank, the formal launching of FASDEP marks another very opportune occasion of the continued collaboration between the Bank and the Government of The Gambia, in providing the necessary impetus to help unleash the potentials inherent in the Gambian agriculture sector,” he said.

He noted that FASDEP is a GASDEP-funded initiative of US$26.6 million in grants, which seeks to reduce rural household poverty, food insecurity and malnutrition through increased agricultural production and productivity and promotion of agricultural commercialization.

Speaking earlier, the new FAO Country Resident Representative to The Gambia, Dr Perpetua Katepa-Kalala, expressed the FAO’s satisfaction to the Government of The Gambia for its firm commitment to and the priority it gives to matters regarding agricultural development in the country.

She said the launching of FASDEP is a benchmark in the history of the agriculture and natural resources sector in The Gambia and a genuine testimony of the country’s commitment.

The Minister of Finance and Economic Affairs, Kebba Touray, for his part, expressed his admiration at the efforts of the GAFSP Steering and Technical Advisory Committees for their favourable consideration of the country’s proposal and the subsequent award of the grant to The Gambia.