The government must emulate The Gambia Teachers Union (GTU). The union, in recognition and appreciation of the invaluable contribution that teachers make in national development and in a bid to, among other things, ensure a highly protected and well motivated membership, established a bi-annual Best Teacher Award Scheme.

The scheme is aimed at rewarding excellence, professionalism, patriotism and dedication to the teaching profession among teachers at the lower, upper and senior secondary levels of education. These are exactly the traits which should be rewarded by government but instead we hear of teachers not being paid on time, not being able to survive on salaries when they are and fleeing into the arms of the better paid private sector.

The GTU last Friday inaugurated the national committees for the award at its headquarters in Kanifing. Speaking at the occasion, Mrs. Antoinettee Corr-Jack, General Secretary GTU, described teachers as not merely people who convey cold facts from books into the heads of children. A teacher, she said, is a motivator and encourager who opens the world to children and gives them tools to navigate their way in it. These statements are absolutely correct. Teachers literally hold the future of our nation in their hands. As we say so often our children are the future leaders of The Gambia and so must be well educated.

One has to wonder why teachers suffer in this way? While they are not alone in being low paid servants of the government they seem to be constantly the group which suffers from the plague of delayed payment. Why do we never hear the army saying they have not been paid for three months?

In the current climate when food and basic commodity prices are sky rocketing three months without wages could in extreme cases cause illness and death. This is unacceptable. If you do a job you should be rewarded and rewarded on time.

Another aspect of the higher wages in the private sector, as we have mentioned in these pages before, is the fact that it is the brightest teachers who are drawn out of the public system by better pay. This creates a two-tier education system where those with money get the best and the poor get the rest.

What young person would consider going into teaching as their profession when they realise that there is a good chance they will go months without being paid?

For this reason we may already have lost potentially excellent teachers into other professional fields because they cant afford to live doing what they love. It must be remembered that in the vast majority of cases people become teachers because they love it. They enjoy the fact that they are helping children, opening their minds and introducing them to the wider world. This kind of person must be rewarded for their dedication to the future of The Gambia's children and as a result future of The Gambia herself.


"Studies serve for delight, for ornament and for ability." 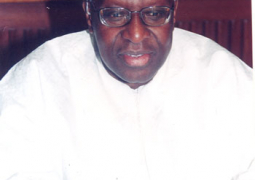